June 2017 – Tremplin Jeuenes Talents residency for Festival Planche(s) Contact, Deauville
When I first arrived in Deauville, I didn’t know exactly who I was in relation to the city – was I a tourist? Was I an artist? Was I a woman? Was I Romanian? All I knew is that I was not from there. I came as a stranger; in terms of anthropology, I represented the other. The German sociologist Georg Simmel defined the stranger as someone who is both near and distant; while the wanderer “comes today and goes tomorrow”, the stranger “comes today and stays tomorrow”.
I decided to express the strange–stranger binomial by wearing three costumes which would cover my whole body, head to toe. I was able to immerse myself in various locations of Deauville and interact with them both physically and emotionally. The houses, the beach, the Pompeian baths, the orphanage, they all seemed exotic to me and perhaps I was just as exotic to them. Through my “second skin” I could see only partially, like from within a veil, the faces of the people who passed by me – some smiling and perceiving me as a performer, while others – especially the crowds – simply minding their own way.
For two weeks I kept questioning myself regarding the feelings which accompanied my various encounters with the unknown – from pry, wonder and a deep urge to adapt, to uneasiness and unbelongingness. The costumes made me both visible and invisible at the same time – I was noticed because I wore striking suits, yet nobody could see beyond my opaque skin which left no room for particularities. 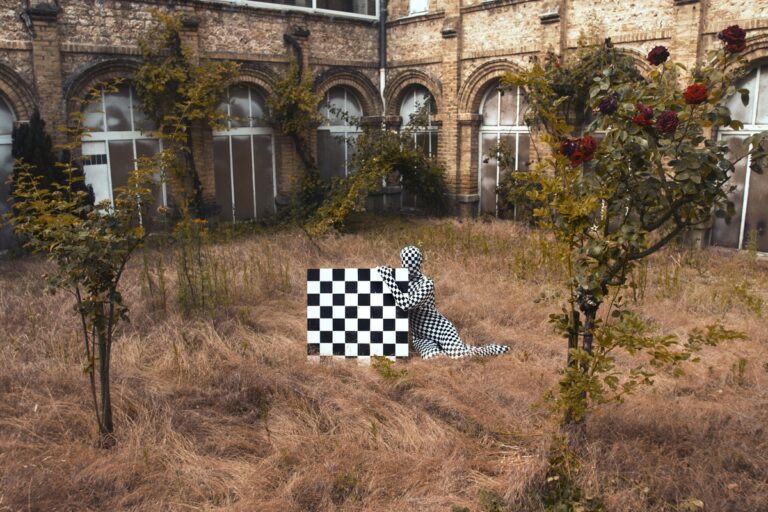 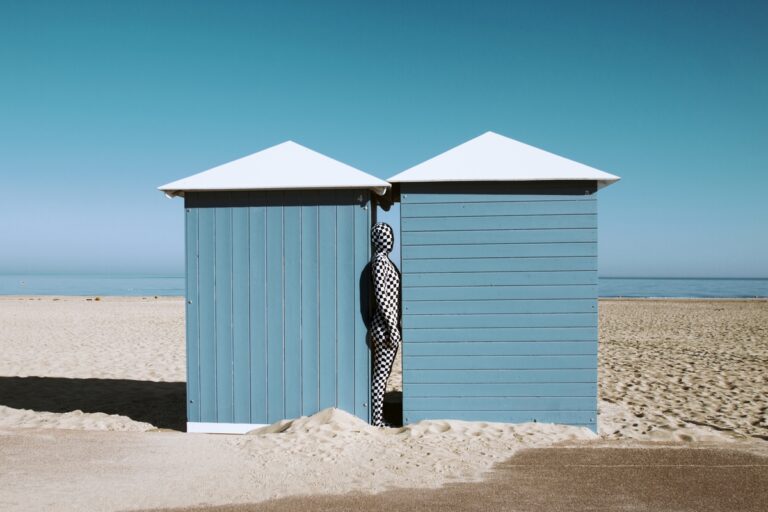 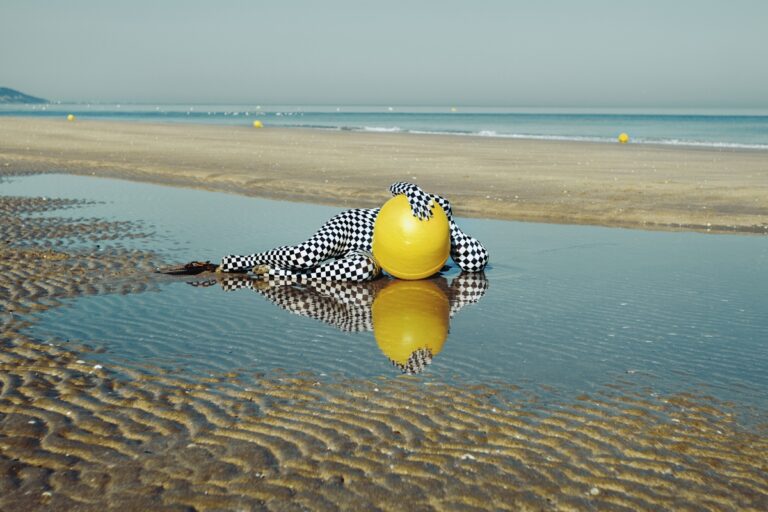 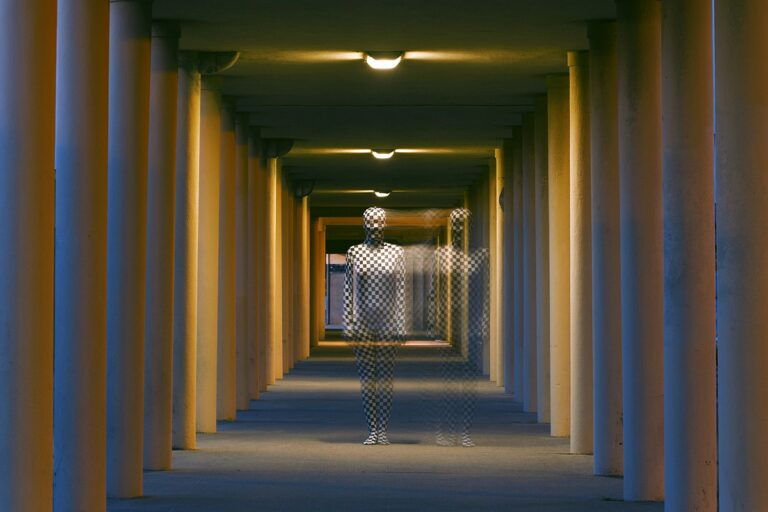 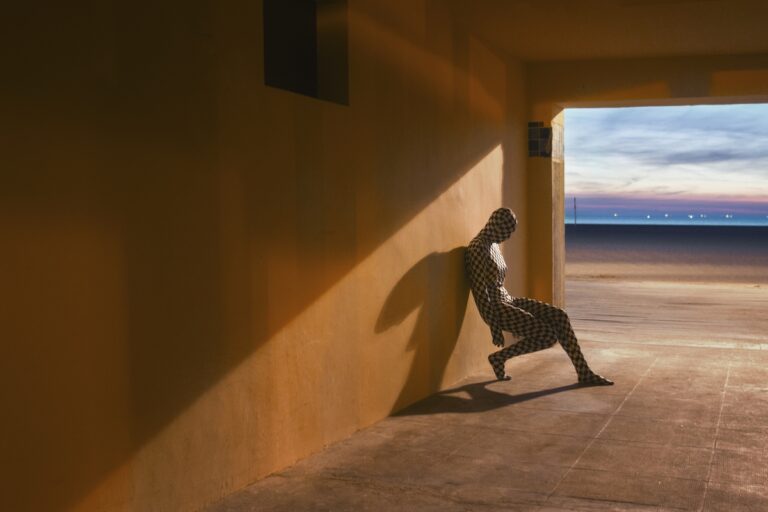 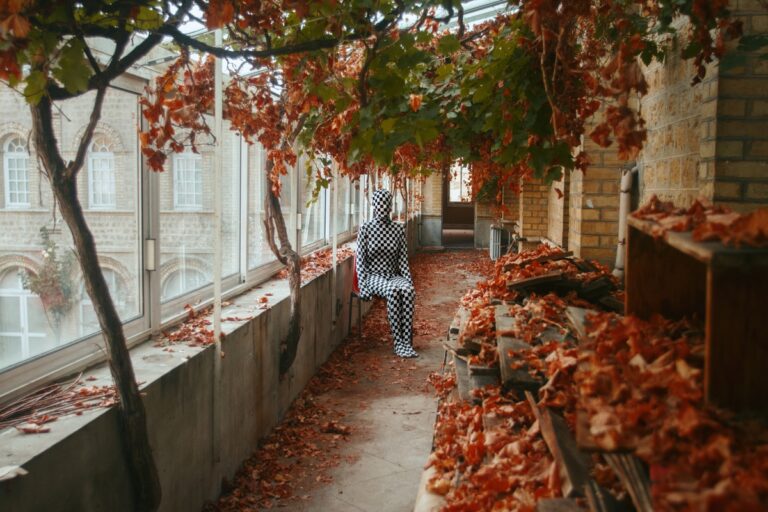 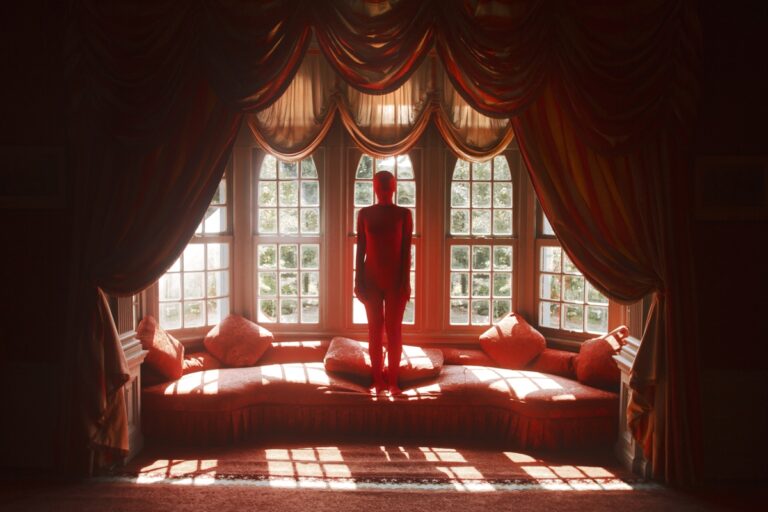 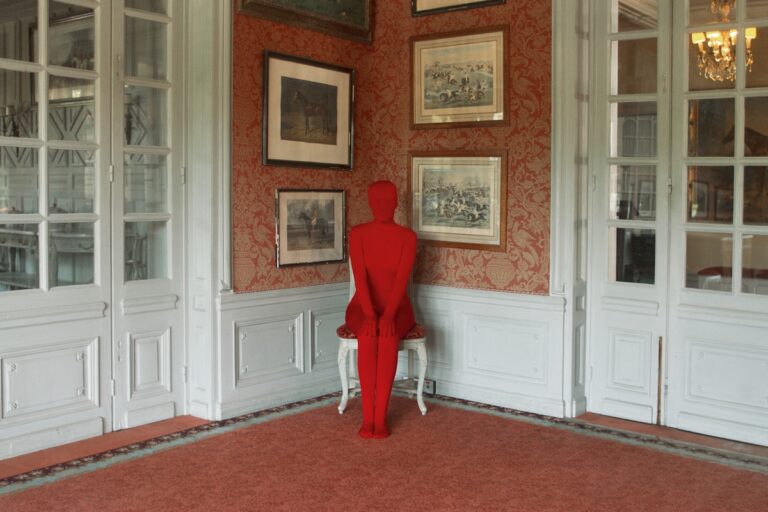 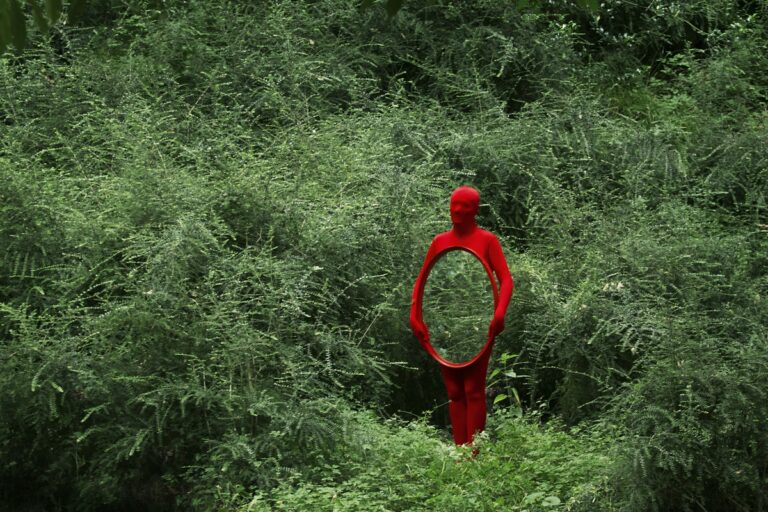 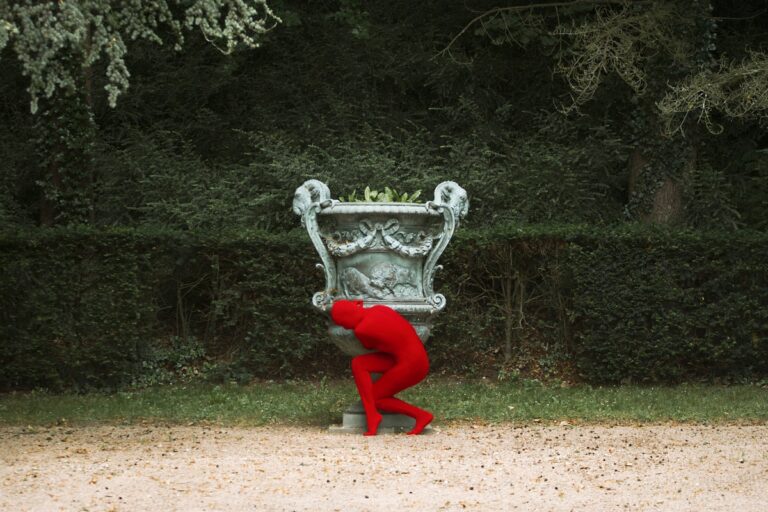 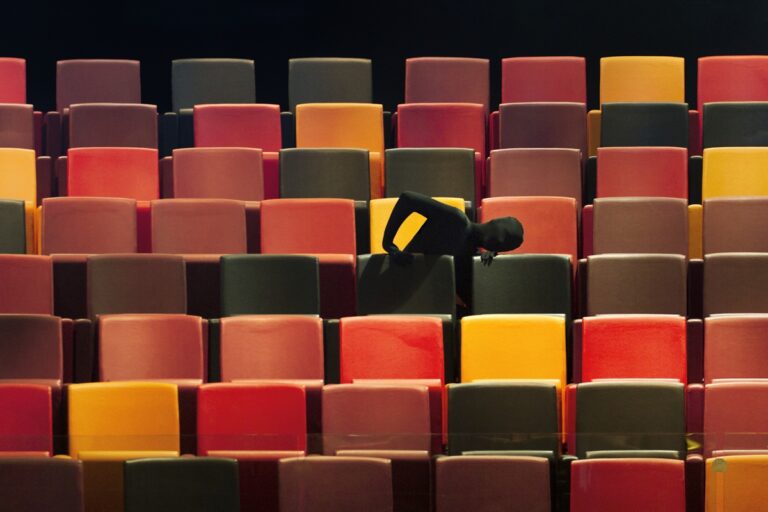 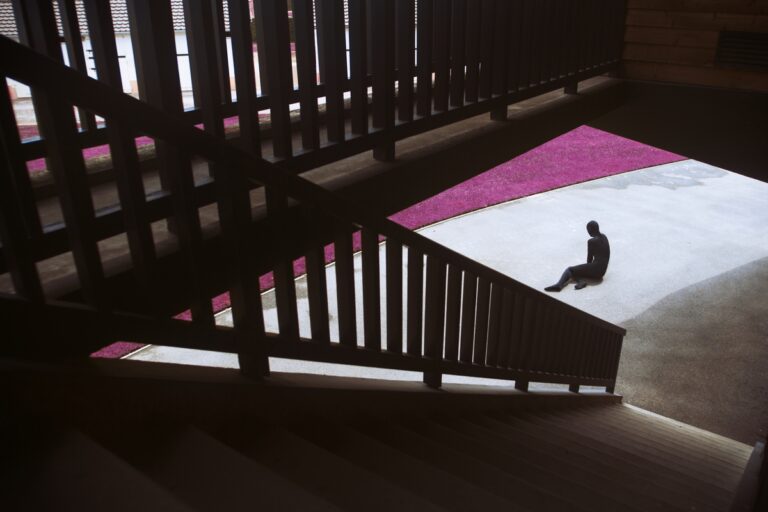 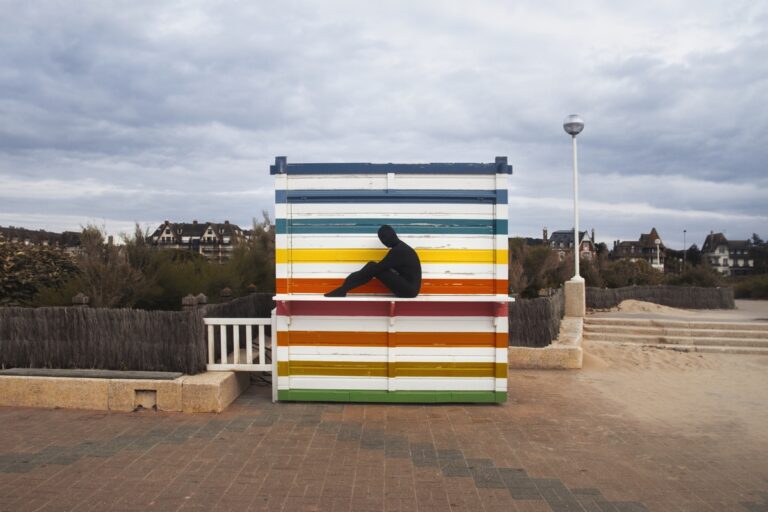 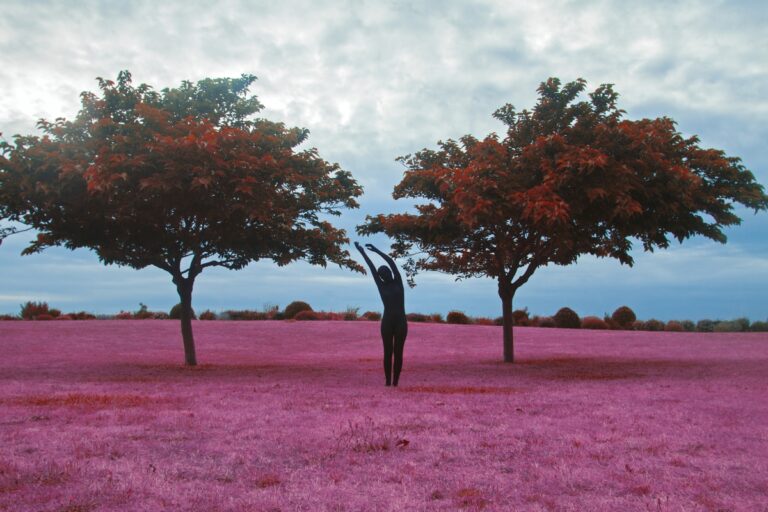 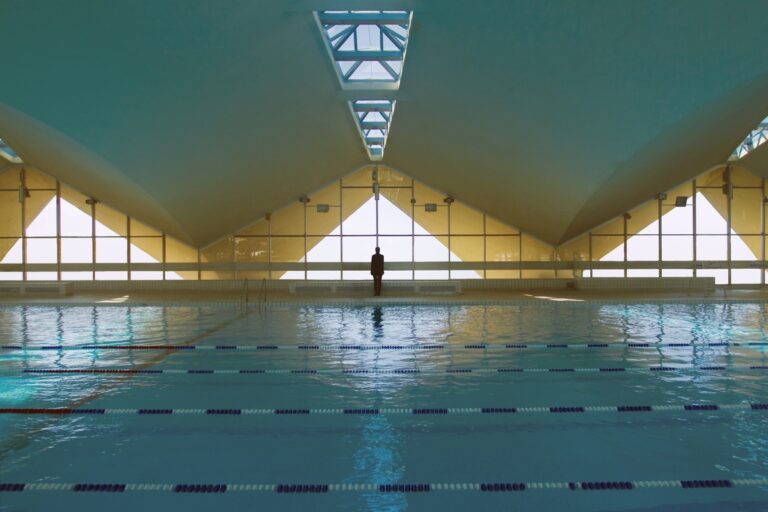 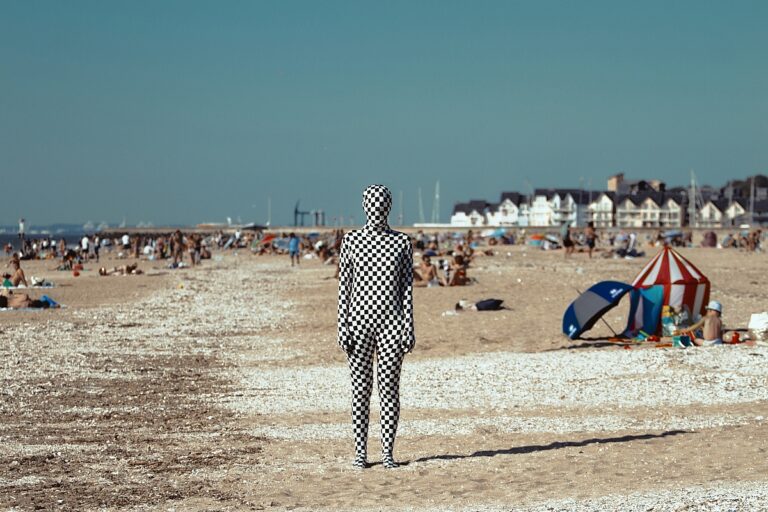 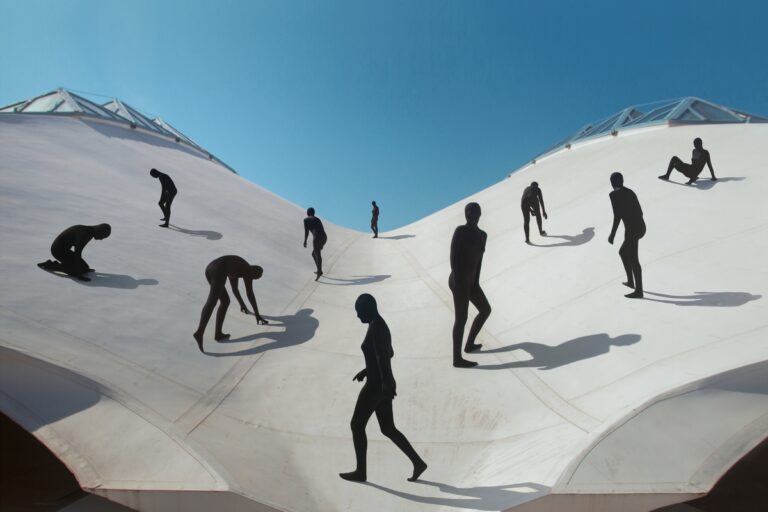 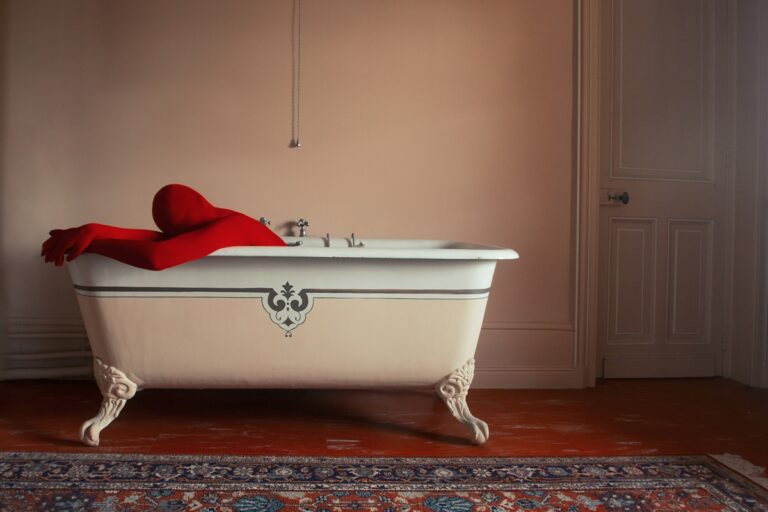